A roaming career on the margins

By Anna Jenkinson, in Europeanvoice.com

Fintan Farrell on a career helping Irish travellers and, now, Europe's poor.
Fintan Farrell, director of the European Anti-Poverty Network (EAPN), has reason to be pleased with what his organisation has achieved. Its lobbying secured 2010 as the European Year for Combating Poverty and Social Exclusion and helped make the fight against poverty an important element of the new Europe 2020 strategy. He emphasises, though, how much work still needs to be done in the coming months to ensure the new targets are not watered down or removed altogether.

“Europe 2020 is more promising than the revised Lisbon agenda in the last five years,” Farrell says. “But we must always watch carefully. It's too early to be very optimistic.”

This week's European Council (25-26 March) is important because ministers will discuss the details of the European Commission's proposed strategy, including the target that 20 million fewer people should be at risk of poverty.

Europe 2020, which aims to help the EU out of the economic crisis and pave the way for stronger long-term growth, also emphasises “inclusive growth” and initiatives to enable people experiencing poverty and social exclusion to take an active part in society.

Farrell believes that having 2010 as the European Year for Combating Poverty and Social Exclusion has already had a positive impact. The EAPN started its campaign for the European year six years ago, knowing that in 2010 there would be a new European Parliament and a new Commission.

“Poverty was on people's minds when they were deciding on this new strategy,” says Farrell. “Europe 2020 has the potential to make real changes on the grounds.”

Traveller movement
Farrell knows the difference that local, national and international agreements can make to marginalised people through the work he did for many years in his native Ireland with the Irish Traveller Movement. He helped develop the movement from a base of individuals with limited organisational capacity into a nationwide body that represented the interests of the traveller community, a distinct Irish ethnic minority with similarities to the Roma community.

Not that Farrell was initially sure that he would be able to make a difference for the travellers; “I'll do a year and that's that,” he said to himself.

Until then he had done a variety of jobs, including a stint as an insurance clerk in Dublin, and had spent a few years travelling, going to Israel, where he worked on a kibbutz, and to India, where he met Mother Teresa several times. But as the year working with the traveller movement progressed, he realised he did have something to offer these people and “a big passion” developed.

Language issues
It was his work with the Irish Traveller Movement that brought him into contact with the EAPN, which was founded in 1990. Farrell was active with the network in Ireland from the beginning and in 1996 was elected president of the EAPN's executive board, a position he held for four years. In 2002, he moved to Brussels for a few months to cover for someone at the network on maternity leave. While he was there, the post of director came up; he applied and, to his surprise, he got it.

“I thought my lack of French might let me down,” says Farrell, who admits that his French has not improved much over the years. At the time, French was generally considered a requirement for the director of a social NGO, because the language was more widely used in the 15-member EU, he explains.

The EU's expansion to 27 members has made “a huge difference”, according to Farrell, and not just because it is easier to get by without French. The EAPN has to deal with many more people and to build new national networks.

But the basic aims remain unchanged and, as Farrell highlights, having the European Year for Combating Poverty and Social Exclusion and the Europe 2020 strategy coming together at the same moment should “ensure a lasting legacy from the year”. 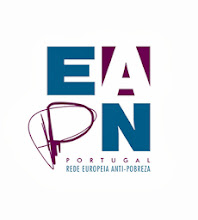